Many people think of Florida whenever the words “orange juice” are read, written, or spoken.

In 1987, consumer demand for premium juices that are not made from reconstituted concentrate increased, leading to the creation of the 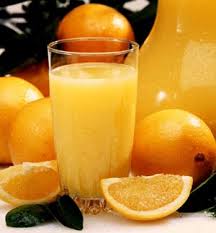 Florida’s Natural brand (which would later become the name of the cooperative itself), which consists only of freshly squeezed, pasteurized juice, which contains no additional ingredients.

Nothing beats a glass of fresh squeezed orange juice.